I want students to write an essay they can own proudly, and, I hope, learn in the process.

Leslie Seifert, an award-winning op-ed editor and educator, applies the best of both fields to coach writing and research skills.

COACHING. Coaching for admissions essays, for more than 10 years, Leslie has helped students gain acceptances at all Ivy League schools and many of the leading private and state colleges.

TEACHING. The newspaper published by his McCourt High School students was named Best New Newspaper in New York City. His journalism project at a Queens public high school for at-risk students was the subject of reports on CNN, WNYC and NY1 News.

METHOD. Leslie’s method is modeled on a rigorous process of give-and-take that he developed to

engage writers at Newsday and Advertising Age. This is tempered by the patience he has learned teaching students of widely varying ages and skill levels in colleges and public high schools. He won two national awards from the National Association of Opinion Editors.

RESEARCH SKILLS. Leslie helps students with all forms of writing. He also teaches research skills, drawing on the course in investigative thinking that he created as an adjunct professor at the Columbia Journalism School. 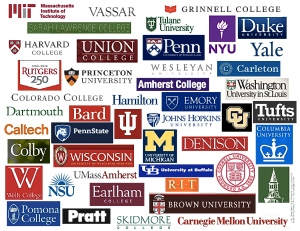 Work with Leslie Seifert, a writing coach with decades of experience as an award-winning opinion editor, years of teaching in universities and public high schools and an amazing track record of college admissions. Seniors almost always get into their first-choice colleges, which have included all the Ivies and many of the top private and public schools in the country.